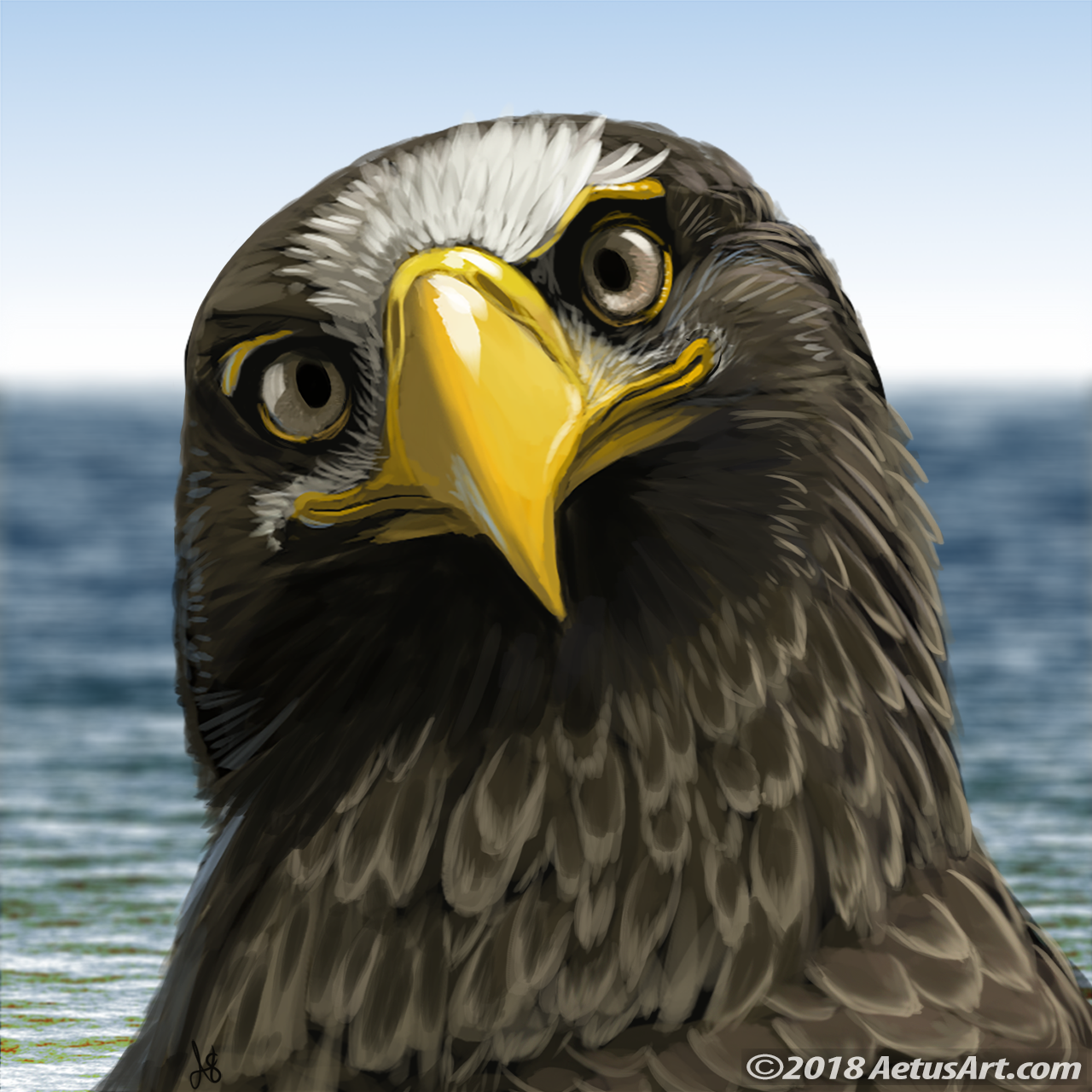 A Stellar’s sea eagle badge for another new friend and patron who’s character is named Kirae. I’ve posted the version without his name here so you could fully appreciate the art. The Stellar’s sea eagle (Haliaeetus pelagicus) is native to eastern Siberia, the Kamchatka Peninsula, Hakaido Island (northern Japan), and sometimes ranges to China and Alaska. It is the largest sea eagle and looks a bit like a bald eagle on steroids with less white on their blocky head, a much thicker beak, and massive feet and wings. In my work with bald eagles in Alaska, I sometimes came across color variations that included white patches on the wings or variations of the extent of white on the head. It underscored to me just how closely related these two species are to each other. Stellar’s sea eagles are listed as “vulnerable” in terms of conservation status but are still quite common throughout their range.