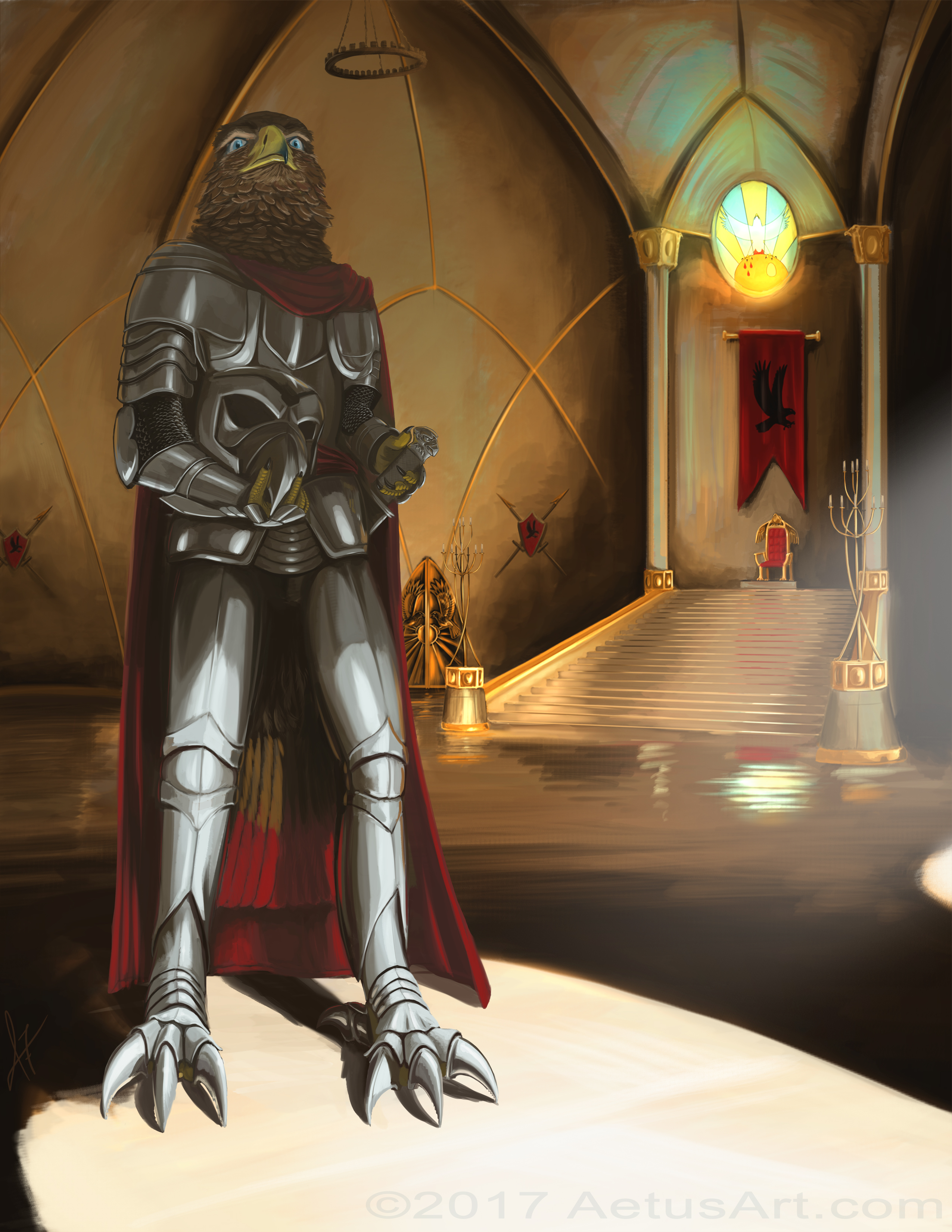 The morning was clear and warm with just enough breeze to loft the banners around the castle. Birds sang in the spring air, going about their business as usual. The avian knight, Aquilan, had briefed the king, who lay in his chambers, old and dying. Aquilan had served him for many years and would defend his honor beyond his last breath if need be. But less loyal usurpers were already plotting as soon as they saw weakness in the kingdom’s leadership. Aquilan walked slowly to the windows facing east and looked out over the ramparts, across the surrounding town, and out to the farms and broad river beyond. From this vantage he could see that the villagers and farmers had all been brought inside and the gates stood open, waiting for the last of the troops to go out to the defense wall. He could see the standards of all the loyal houses, assembled and waiting. Far beyond he could see the glint of steel on the open hill to the north. The enemy was gathered, moving to encircle and lay siege. The northerners had marched long but Aquilan knew they would still be hard and fast in their fighting. Reports had come that a regiment of cavalry mounted on gryphons were also on the way meaning that they would also have to keep a palace guard and archers at the castle, further weakening the force that could be sent to the field. Aquilan gripped his sword and adjusted his scabbard. Fear was there but he pushed it down deep and concentrated on his mental checklist of battle preparations. He breathed deep and felt confident that all was ready. He was a seasoned warrior and not foolishly overconfident that victory would come easy. But he knew that if at the end of the day, he lay slain on the field and had moved into the void beyond, he would rest well, knowing he had fulfilled his duty to the end.

By the way, I’d like to apologize for the sparse posting in recent months. I’m retooling my career, shifting toward aviation. It’s been a long-time passion of mine, almost as great as working with birds or drawing them, but appears to be more stable for the long-term. Don’t fear, though, I’m not giving up those other pursuits completely.

(c) 2017 Aetus Art | aetusart.com | DO NOT EDIT OR REPOST WITHOUT PERMISSION