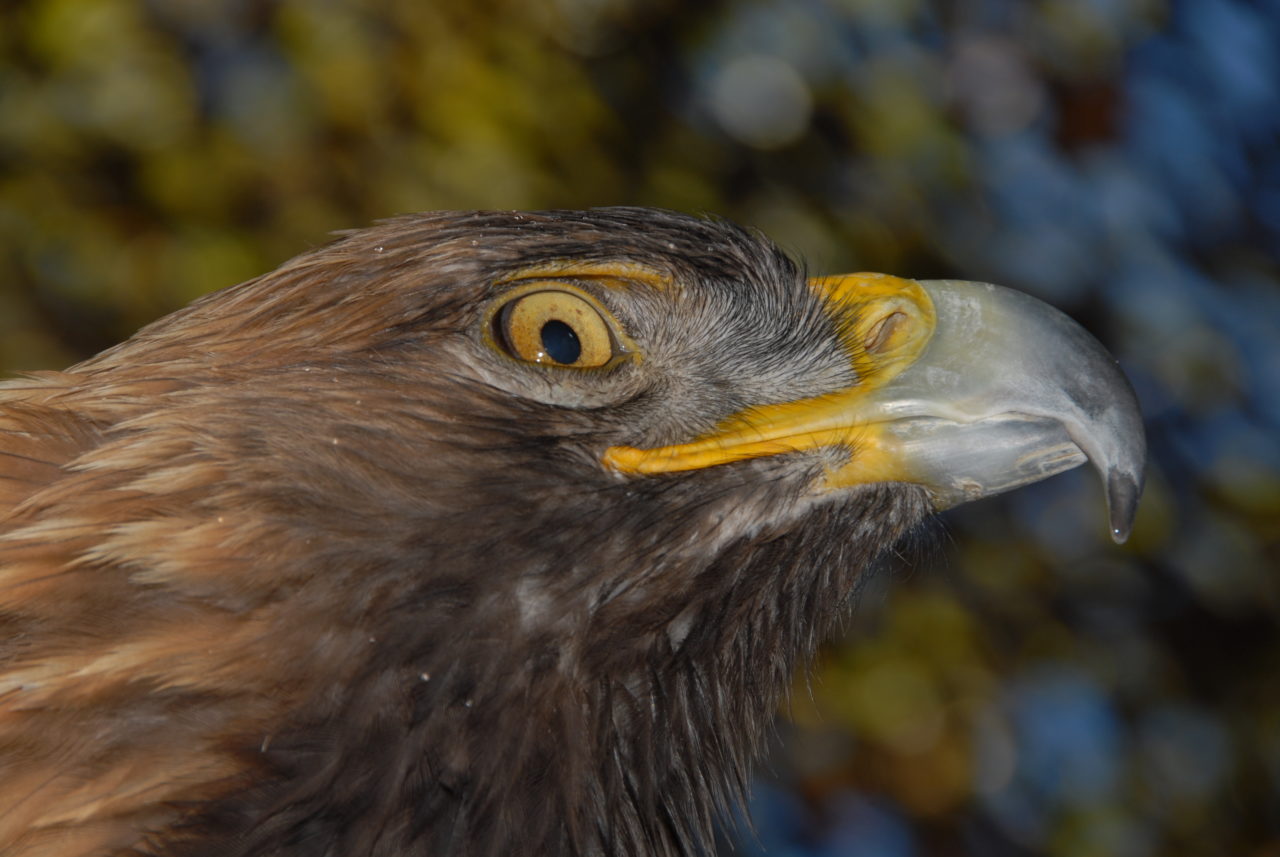 It was day twenty-two, just five days after David’s feathers began to emerge, when he awoke in the pre-dawn hours with a gnawing hunger. Although not fully feathered, he had all the other imposing features of a golden eagle three times larger than nature allows. Soon, a nurse came in to the room with a covered tray and set it down on the floor. She lifted the cover and exposed a large, plump quail with the wings and feet removed. Its body was torn open exposing dark red meat and organs. Before the cover was halfway removed, David had leaped ten feet, skidded into the tray, and seized the plump morsel in his huge powerful foot.

The nurse shrieked as the lid clattered to the floor. David bit into the prey with a bloody crunch and spread his wings over his kill, all of his feathers standing on end and quivering. He slowly rotated his beak up toward the nurse, his head low and menacing, blood dripping from the hunk of meat and feathers stuffed in his maw. She shrieked and paddled her arms behind her, searching for the doorknob. In a second she slipped out the door in wild screams.

When David turned his face back to look at the ragged carcass in his foot, a tingling sensation squeezed the flesh under his tongue and in his cheeks. Moisture welled up in his mouth, he salivated intensely, and salty fluid pooled in the edges of his nares then dribbled down his beak. The strong Pavlovian response prepared his mouth and throat for the feast. He thought to himself that he would never have eaten a raw bird like this before, but he was so hungry, and red meat looked so appealing, that he no longer cared about his old sensibilities.