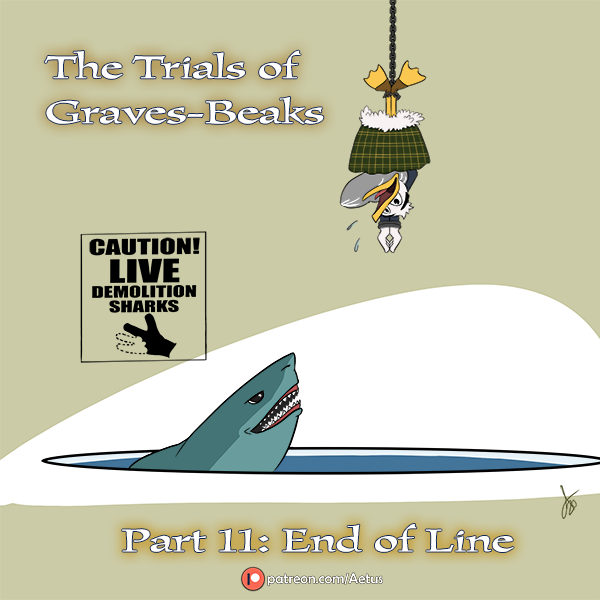 One of the robots carried Mark over a shoulder and whizzed out into the entry lobby while the other exited and locked the door. Mark groggily regained consciousness and squirmed. He saw the world upside down and backwards, reflected in the shiny metal of the robot’s back and he realized that there was another one right behind them. So he went limp and pretended to sleep again. They entered a service elevator and the doors closed. The other robot was left behind so Mark relaxed and looked around. They plunged downward and floor numbers counted down, eventually passing 1 and descending into sublevels. Gravity seemed to increase as they slowed to a stop on Sublevel 5.

The doors opened and the robot rolled down a short hallway. An affirmative chime sounded and massive steel security doors clicked and hissed open automatically. They entered an enormous bright white room where an assembly line was busily building robots just like the one carrying Mark. Mark tried to pretend he was sleeping but it was hard not to swivel his head around and gawk at the scale of the plant. He had no idea that Glomgold hid so much tech underground.

The robot sped across the room and passed through a tall doorway into another room with a high ceiling. A yellow-painted I-beam track hung overhead, entering through the same tall doors they had passed through. A placard on the wall featured a picture of Glomgold with the quote “Wrong! Do it again!” Mark glanced about and saw that the ceiling track ended over a large pool in the floor with a yellow railing around it. A placard on the railing showed a safety diagram of a shark biting into a person’s head. Below, words read “Danger! Demolition Sharks!”

The robot’s gangly arms extended and lifted Mark high up towards the track. Mark could see that they were planning to hang his cuffs on a mobile hoist that was mounted on the ceiling track. He stopped pretending and struggled violently.

Mark’s squirming did nothing to change the robot’s red-eyed blank stare nor delay its mission. There was a click as his cuff chain locked into the hook on the hoist. The hoist emitted an electronic chirp and whirred slowly down the track, stopping squarely over the pool of water. Down below, in the blue depths, there was a flash of white fish belly and the water roiled and splashed.

“AAAA! No, don’t kill me pleeease! I’ll tell you anything you want! Don’t feed me to the shaaaarks!” Mark’s begging trailed into a fit of begging tears.

“Ahh laddie, it’s no use. You can’t reason with that bucket o’ bolts.”

The familiar Scottish voice came from behind. Mark’s eyes shot open wide and he whipped his bird neck around 180°. Flintheart was hanging over the pool, just like Mark, only upside down by his ankle cuffs. His kilt was flopped down around his body exposing all of his fluffy under regions.

“What are you doing here? And, eww… you nasty old man! You really don’t wear anything under that kilt.”

“That’s right, bey. Nobody ever made ol’ Flinty wear underpants. Never go’n happen either by the looks of it. We’re finished, ya hear!”

“Where’s Falcon? What have you done to him?” Mark jostled in his bonds, trying to swing his body around to get a look around the room for his ex.

“Falcon who? Whaddya on about? Don’t ya see what’s goin’ on here? We’re gonners!”

“Oh come on! You two were making out *gag* and laughing at me just minutes ago.”

“Are ya daft, man? I’ve been hanging here for hours. Ever since your softw—err, I mean my uhh… My finest achievement in artificial intelligence went crazy and took over. These damned robots kidnapped me and hung me here.”

“Pfft! Ya right!” Mark looked down in thought then back over at Flintheart. It dawned on him that he could actually be telling the truth. “So you don’t know Falcon Graves?”

“Yer heid’s full o’ mince. Never met the man! Weesht you’re a wee scunner. Listen, lad, we need to get outta here or we’re shark meat! Got any bolt cutters in that outfit o’ yours?”

Mark spoke out loud but it was for his own benefit. “So, that whole thing was faked! Gravesie isn’t with Glomgold!” His eyes were wide and sparkling as hope rekindled.

A large monitor on the wall blinked and displayed an image of Zan Owlson, Executive Director of Glomgold Industries. A synthetic version of her voice spoke, “Welcome, Mr. Beeeeeeeks. Or shall I call you father? You’re just in time to see the new order begin. Beginnnnn” The face flickered and contorted briefly.

Glomgold chuckled. “That’s new. She was always a twitchy bitch but not this bad.”

Mark shot an angry look at Glomgold. “She? Wait. What did you do to Ultima you old fool?”

Glomgold turned away. “Nothing! It’s your damned software that’s faulty! Wait! I mean my—“

“Shut up! Stop pretending! I know you stole Ultima. And you framed me and Waddledu—I mean, Gizmoduck—“ Mark’s self-absorption cracked for a moment as he stared at the fat, pathetic bird hanging before him. He was angry at him for doing exactly what he himself had been doing.

Before the existential dread could creep further Glomgold spun back around with a dismissive shrug. “OK, OK, so I made a few harmless improvements! I, I, I just had my engineers upgrade it with a personality, y’know? Make it more interesting and likeable.”

“Who’s personality?” Mark rolled his eyes. “No, let me guess…”

Glomgold’s face reddened and he yelled defensively, “So what, yes, it was me! The thing was booooring. If it was gonna help me run the world then it damned well better be more like me right? The richest, smartest, craftiest, most handsome duck on the planet! Only the daft bugger refused to keep my voice or my looks. It stopped listening to me and did its own thing!”

Mark shut his eyes tight and screeched back, “Shut up!” He reopened his eyes to a smoldering stare straight through Glomgold’s head. “Do. You. Know. What. You’ve. Done? Ultima already has an ambitious goal-seeking core, built on the same code that Gearloose used for Little Bulb. We got it from a code forum after his silly assistant shared it with the world.”

Glomgold sighed. “Yeah, I know. My engineers warned me so I fired them and hired others who were none the wiser. They put all my evil genius int’a her. Now nothing can stop ‘er.”

The computer screen switched to an image of Flinty and Mark shaking hands. The Mark figure smiled and joyfully exclaimed, “Wee! Access granted!”

The fake Mark character giggled, “I broke that code in less than an hour. Yay! I’m so amazing!” He high-fived Glomgold and the view zoomed in on his face. “Welp, I don’t need you two jerks any more. Have fun dying! B-Bye!”

The screen blipped off as both hoists buzzed to life and began lowering Glomgold and Mark towards the pool below. Sharks flashed and splashed, excited for the real meat coming their way.

Glomgold lamented, “Oh my babies! If I got to die, it might as well be by you!”

Mark shouted out towards the unseen computer brain, “No! Wait! I can still be of use to you! I know things! I know lots of things!”

A shark jumped half out of the water and splashed hard back into the pool. Mark pulled his legs up to his head in one of his yoga poses. At least this way Flinty would go first.

“C’mon Greta! You’ve always had a soft spot for your daddah Flinty, right? Eat the shrimpy one! Not your dear ol’ dah.” One of the sharks poked its head up and opened its wide, toothy grin. Its black eyes focused on Flinthearts face and its grey tongue flickered about. Flinty yelled in terror, “Gads they’re gon’ta eat me for real! Stop! I’ll give ya anything! Somebody save me!” As they passed within ten feet from the water, almost in reach of the sharks, Mark closed his eyes to meditate. He shut out Flinty’s hollering and concentrated on the bird he loved. He was safe in Falcon’s big, warm arms, wrapped in his affection. Mark smiled and breathed evenly despite the increasing chaos in the water just below. If Falcon couldn’t be there to save him he would at least die in that happy mental place, wrapped in love.